You are here
Home > Bulgarian Traditions > 6th of December Nikulden 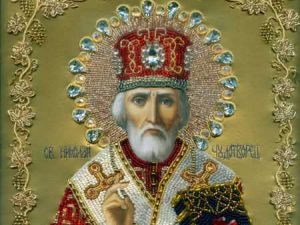 Nikulden* is one of the important Orthodox feasts. Dedicated to St. Nicholas Mirliki, who is honored as a deliverer to the captives and patron sailors, travelers, merchants and bankers. The name Nikolay comes originally from Greek. In the Greek Nicholas (Νικολάος) comes from the words “νικάω” (nikáo) – I win and λαός (laós) – people. The meaning of the name is “victorious nation”. St. Nicholas the Wonderworker was born in Asia Minor in 270. He lived during the reign of Emperor Constantine the Great and was Archbishop of Mir. He died on 6 December 343.

Most of the Bulgarians traditions that are kept till our days are related with a special food.

On 6th of December the tradition is to eat a fish. The fish must have scales.  The traditional fish is a scarp. It is assumed that the head of the carp is in the form of a cross and has a miraculous force. On 6th of December you will feel the flavor of fish in Bulgaria. Woman prepares e special bread with the name “bogovica” (боговица) with a special decoration. 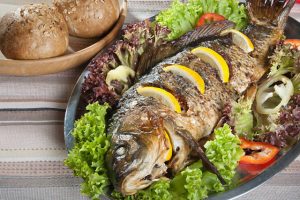